Frank Lloyd Wright was an American designer, architect, writer, and educator. He was known for designing structures that were in harmony with the surrounding environment. One of his best examples of this was the Fallingwater home in Pennsylvania, which has been called “the best work of American architecture”.

In addition to designing homes, Wright also designed museums, offices, churches, hotels, and more. Later he also designed the interiors for some buildings, which often included furniture and stained glass. The awards and designations he received were many, some calling him the ‘greatest architect of all time’.

His personal life however was not so flattering. He left his first wife, Catherine Lee “Kitty” Tobin for Mamah Cheney (the wife of a client), then there was the disaster and murders at his Taliesin estate, followed by his volatile marriage with second wife Miriam Noel, and his third wife Olga Hinzenburg. Even following his death there was drama as to his final resting place.

Most people affiliate architure when they hear the name Frank Lloyd Wright but many love and collect his furniture especially his wooden tables and chairs.  Over the years his pieces have increased in value greatly.  For instance this 1945 writing desk and chair is valued to be worth about $45,000.00.  Although modest in style it is made of three types of wood, Cherry, Oak, and Walnut and is in mint condition.  It is of course an original F.L.W. piece, not a modern piece licensed through Henredon. 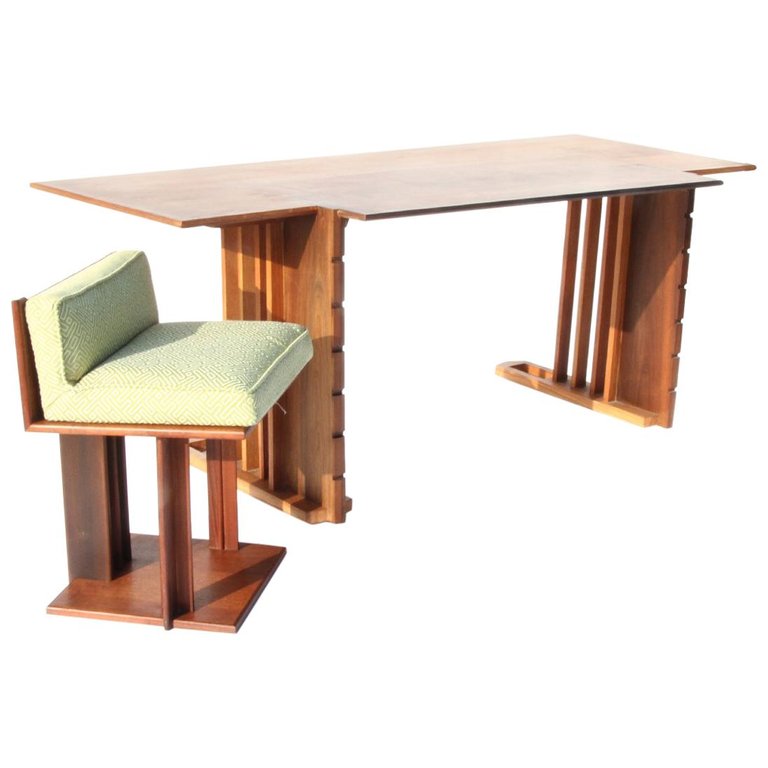 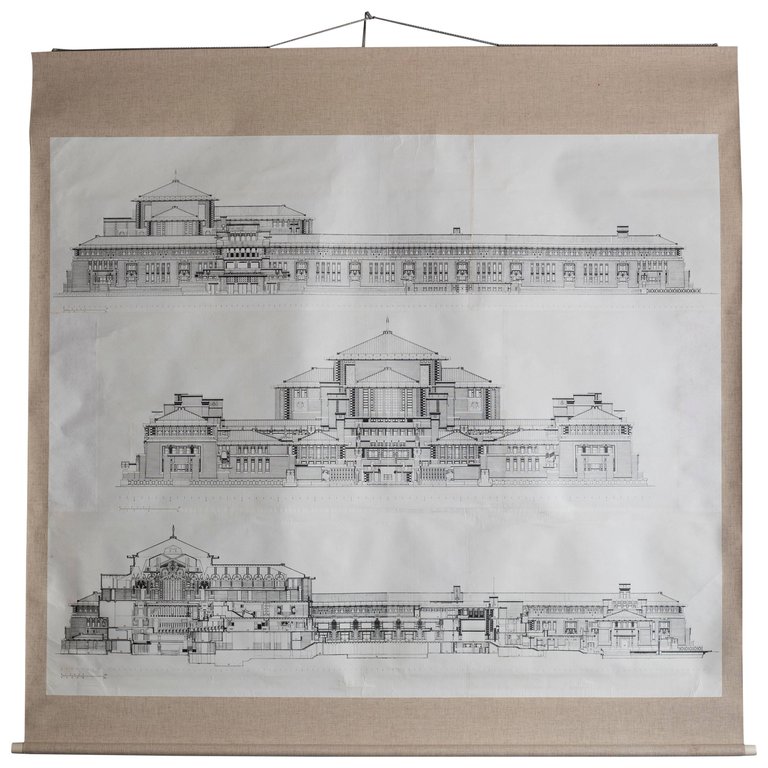 Also desired by Frank Lloyd Wright collectors are his many drawings and plans. These plans for the Imperial hotel in Tokyo Japan are said to be valued at about $10,000.00.

If you have any Frank Lloyd Wright pieces, or pieces you believe may be by Frank Lloyd Wright, contact us for a valuation.  Some of his furnishings may not boldly display his usual style and you don’t want to overlook something that could be of great value.  Some of his wooden chairs, stools, or tables can often go unnoticed in an estate liquidation situation. 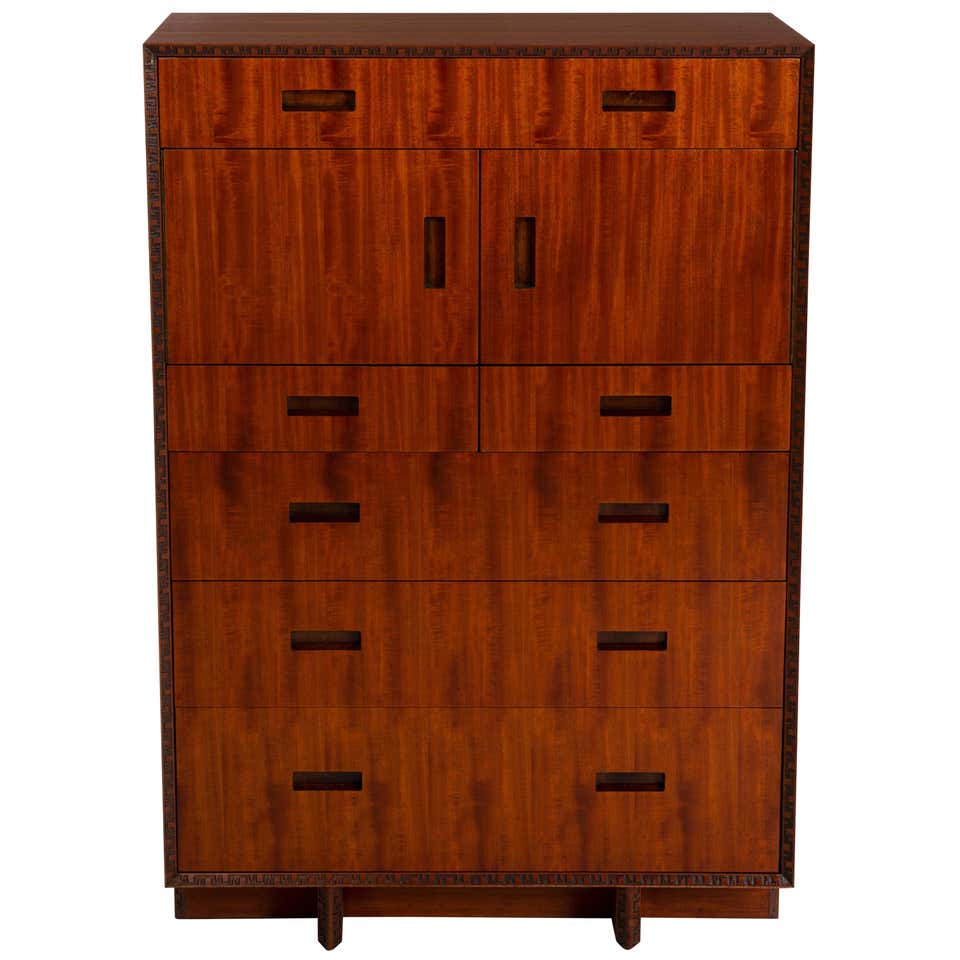 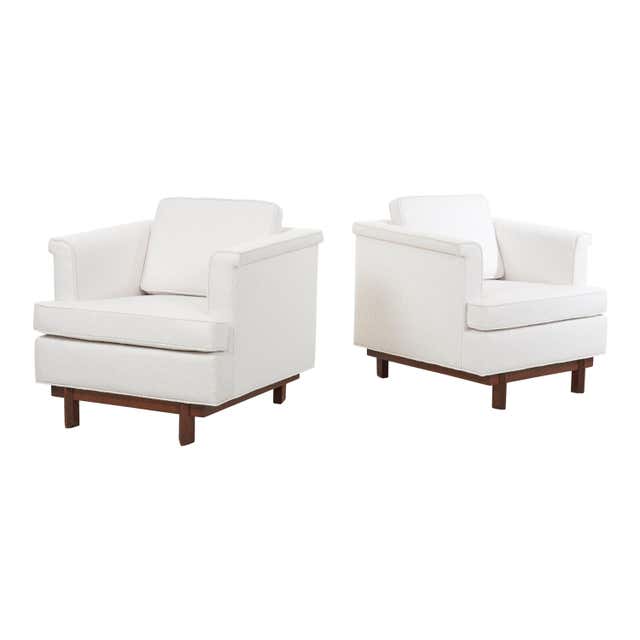 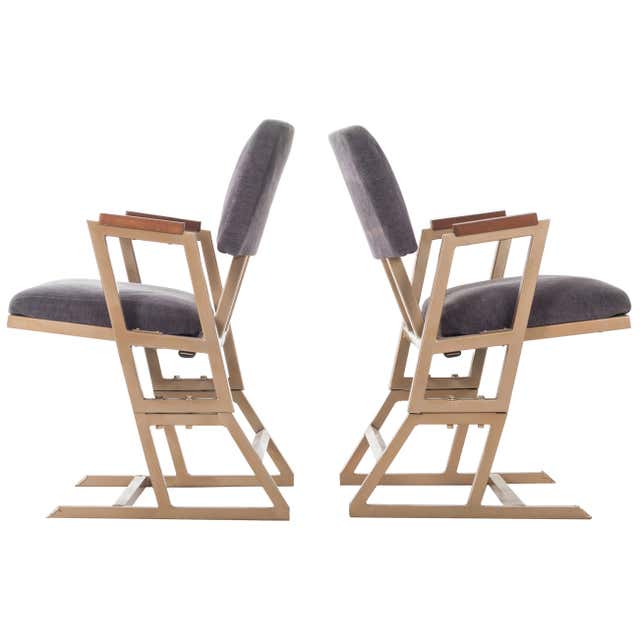 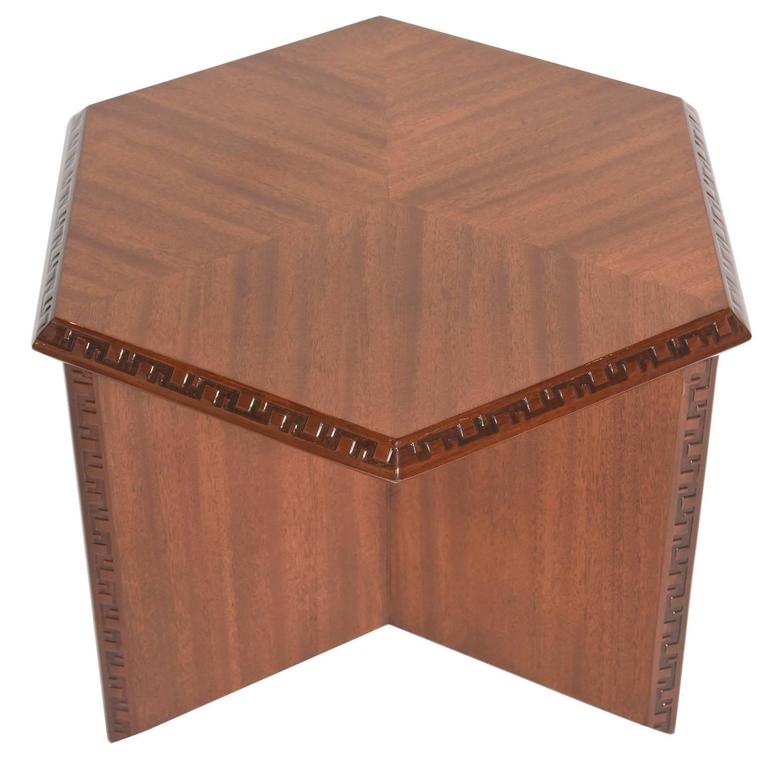 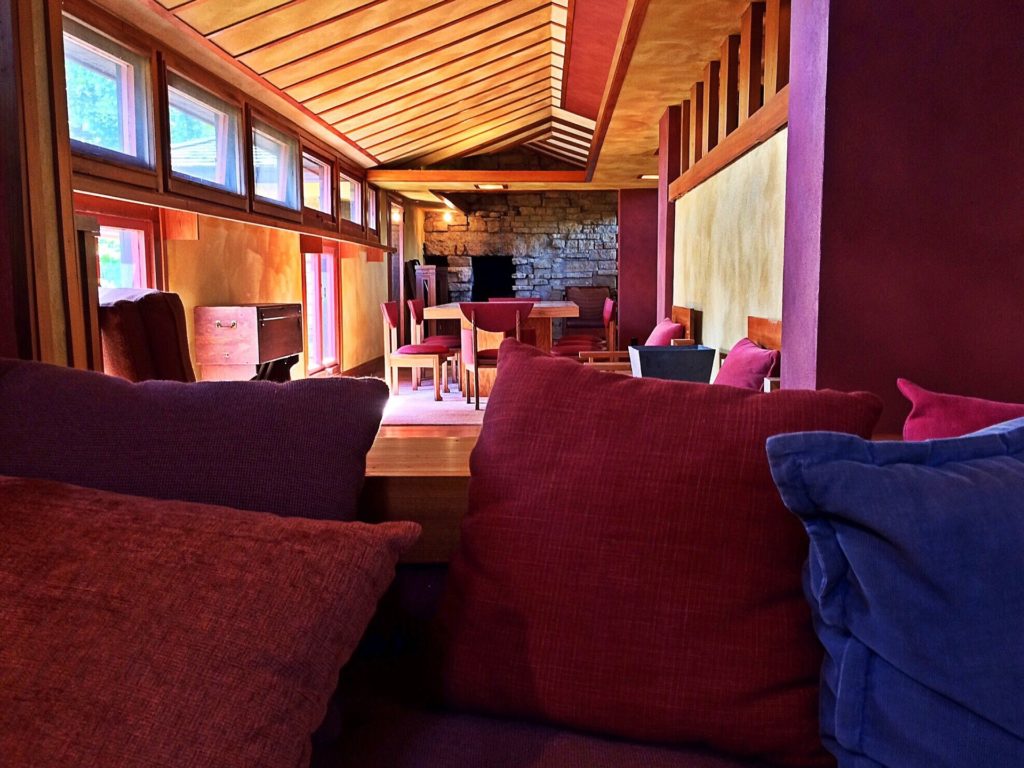