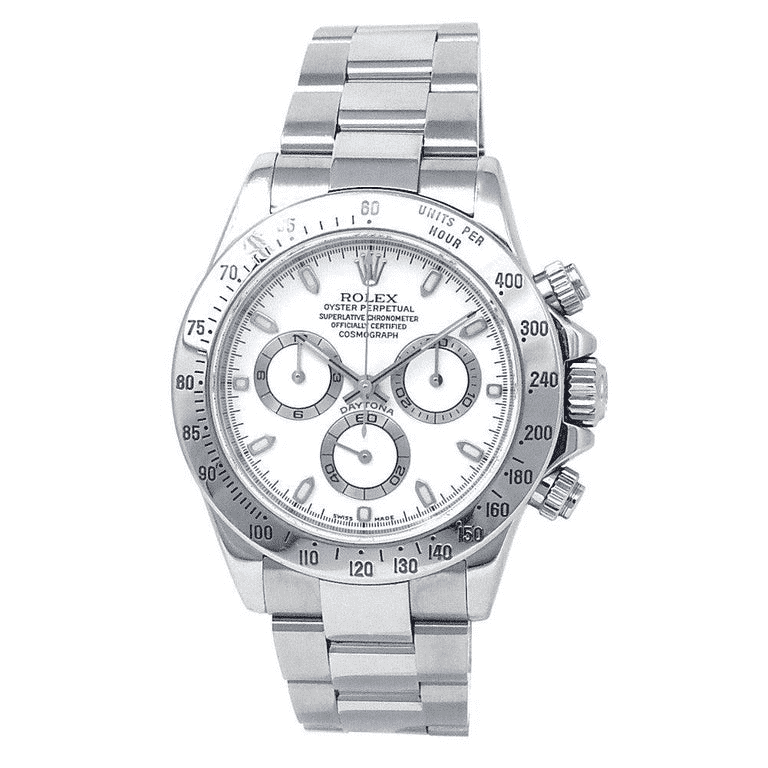 Apparently while in the Air Force David noticed that all the pilots wore Rolex, and since then he had always wanted one but they were too expensive. Later however when he was stationed in Thailand, he saved up $300 and ordered the watch from the base, (and got an extra 10% discount due to his military service).  He planned on wearing the watch when he scuba dived.

Once the watch arrived he decided the watch was too nice to expose to salt water and instead put the timepiece in a safe deposit box. He only took it out of the safe deposit box three times to admire it, but never wore it.  Because of the lack of use, the watch is in mint condition, as well as all the original paperwork, warranty, and box.  Even the numbers on the back are pristine where as they would normally be worn.  What makes the watch ‘over the moon’ valuable is the fact that it has the ‘oyster’ designation.  It is this feature that doubles it’s value over other Rolex watches of this style.  It is one of the most rare Rolex watches in this condition in the world. It is similar to the watch Paul Newman famously wore, but much more valuable due to the oyster designation, so yes, David’s has a leg up on Paul Newman.

This story is the perfect example why no one should ever sell fine jewelry or watches without first consulting with a professional in the industry. Many people often sell watches and are happy to just get their original investment back. David was smart to do the leg work on his watch as selling it short would have been a huge blunder that would have haunted him for the rest of his life.

When attending estate sales and auctions always keep an eye out for vintage Rolex, Piaget, Patek Phillipe, or other luxury watch makers. You never know what gem you will find.

Click here to see the video of David and how he learned the value of his Rolex…worth the few minutes to watch and entertaining as well.