At a thrift store, in North Carolina is where the treasure was found.

Brindell-Watt, a 6th grade teacher, 49, has taught history and social studies at Cane Creek Middle School in Fletcher, North Carolina, for the past 12 years. He’s originally from Pennsylvania and grew up a big fan of the Flyers — and for that matter, any Philadelphia-based team.

He Watt was young the Flyers’ won back-to-back Stanley Cup titles during the mid-1970s, but his uncles were big fans of the team and Watt knew the players. So, imagine his surprise that morning in January 2018 when he walked into a thrift shop off U.S. 25 in Fletcher and saw an old hockey stick that was signed by Hall of Fame goalie Bernie Parent.

“I see this retail shop twice a day when I drive to and from school,” Watt said. “One booth has sports memorabilia, mostly regional stuff, like garbage cans of local teams like UNC or Duke.

“So, I see a Sher-Wood stick for $14, and the (price) tag said, ‘autograph unknown’. Immediately Watt recognized Parent’s signature on the tape that wrapped the stick, and the goalie’s name and his number (No. 1) stenciled in black on the stick itself.

Watt swiftly paid for the stick (“keeping a straight face) and marveled at the piece of history he now owned. There was a date stamped on the stick “Auot 25, 1975”— and since Auot is a French word for August, it looks like a practice or game-used stick Parent may have used more than 40 years ago. Parent suffered a back injury and missed much of the 1975-76 season, and Wayne Stephenson stepped in to replace him. The Flyers returned to the Stanley Cup Finals for the third consecutive season but were swept by the Montreal Canadians.

As an adult, Watt served six years in the U.S. Army as an optician and spent time in Germany; San Antonio; Aurora, Colorado; and Columbia, South Carolina. He and his wife Maggie will be married 18 years on May 13, and their son Nolan is 9.

Watt said Nolan is not the same type of sports fanatic that he was as a child. “He’s really into stories, Lego Creators and that kind of thing,” he said.

So, what would a Parent hockey stick be worth? Watt isn’t sure, but he said one memorabilia dealer in Florida told him “he could get $500” for it and another Parent gamer from the mid-70s sold for $1,135 in 2015.

Watt does not intend to sell the stick. He grew up in Willow Grove, north of Philadelphia, and played street hockey as a kid. As a youth he rooted for the Flyers, Eagles, 76ers and Phillies, and still does. Naturally, he is reveling in the Eagles’ recent victory in Super Bowl LII, and just this week celebrated as another Philadelphia-based team —Villanova — won the NCAA men’s basketball championship.

Having a stick owned by a Philadelphia legend reminds him of the days he would go to the Spectrum with his father to watch the Flyers so for this reason he will surely not be selling the stick.  He did however call the thrift shop and told them “any time you find anything good like that, give me a call.’” 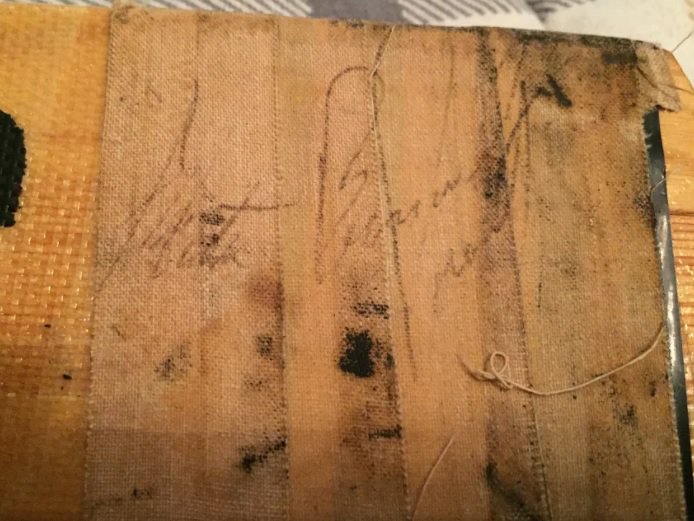 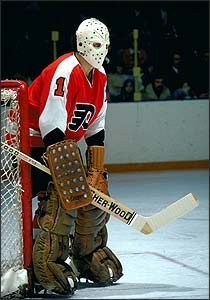